Across Victoria the first week of February, 2009 was hot. Very hot. Temperatures had been soaring in the high 30’s and low 40’s and the landscape was tinder dry following several years of drought. Melbourne recorded a peak temperature of over 46 degrees, the highest ever recorded in an Australian capital city.

Fires had already begun in some areas including the Bunyip State Park and by the eve of Friday 6 February Victoria’s then premier, John Brumby, announced a warning that weather conditions were ripe for a major bushfire event the next day. Those in fire-prone areas were asked to listen out for warnings and to initiate their fire plans to either stay and defend their homes or leave early if evacuating.

As predicted, the weather across the state was extremely hot, wind speed was high and the air was almost electrifying. A lightning strike here, a damaged power line there, a discarded cigarette butt and a spark from a power tool were all it took to start fires in multiple places. Some fires were even deliberately lit.

Around 12.30 pm near Kilmore East, 2 km of powerlines fell and swung into nearby trees starting the initial Kilmore East fire. 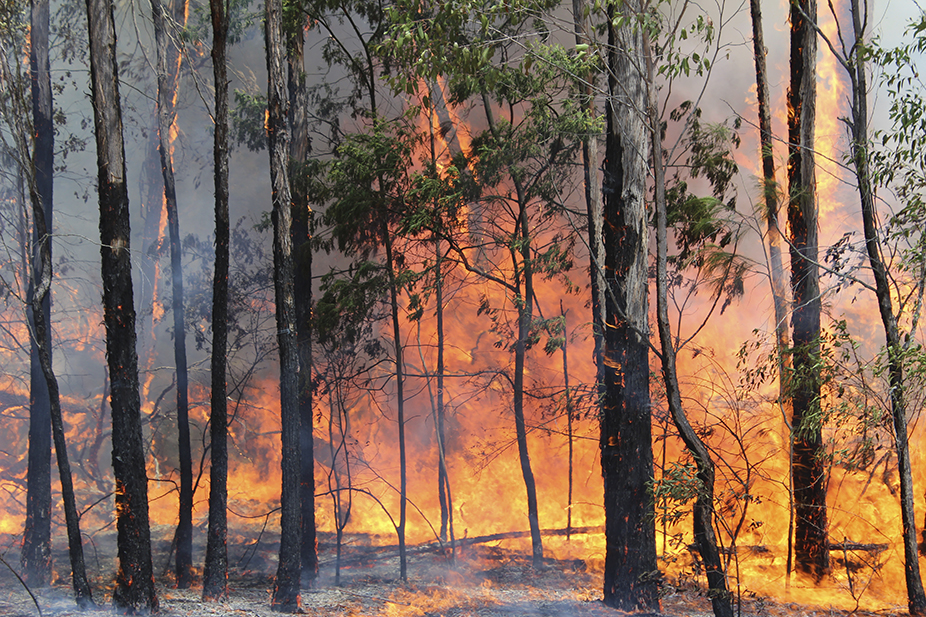 By 3pm a separate fire had been spotted at Murrindindi Mill near Marysville. By 4.20 it had reached the town of Narbethong and wreaked huge damage there. By 6.45 it had already spread to Marysville and appeared to be bypassing it. However within minutes the winds changed and the fire turned back to completely engulf the town. Those residents who had chosen to stay and defend had little time to get to the evacuation point on the football oval. Around 30 people spent the night there while smaller fires continued to burn in buildings around them.

The following dawn revealed an apocalyptic scene of sheer devastation. The entire town had been almost burned to the ground with only a handful of buildings spared. Gone were the homes, shops, school, gardens – everything. There was just grey ash and piles of rubble and the air was still full of thick smoke. 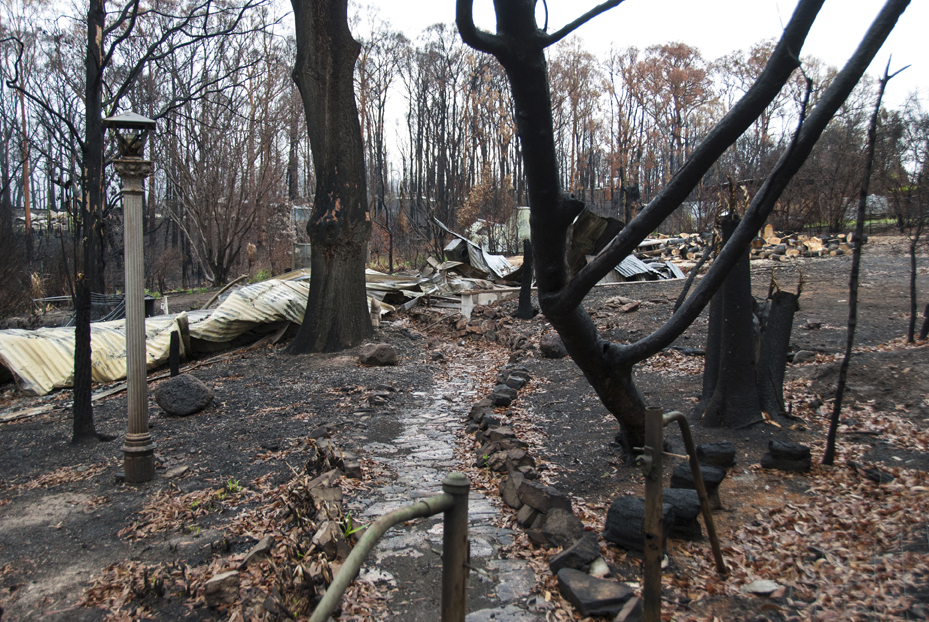 As emergency crews arrived at the town no one was sure who was still alive and who hadn’t made it to safety. The survivors were driven to nearby towns for emergency shelter as there was simply nothing left to support them in Marysville. Many did not return for months or even years. Some chose never to return at all.

Soon, the entire town was declared a crime scene as victims were gradually identified. Some had been caught in their homes, others were found in burnt-out cars that had been overtaken by the fire. 34 people lost their lives in the area that day.

By the next day, the Murrindindi and Kilmore East fires had merged to become the massive Kinglake Fire Complex. Across the state many fires continued for weeks. In all, 173 people died and 2,000 homes were destroyed.

Once the word spread of the enormity of the disaster, donations and started to come through quickly from the public through organisations like the Red Cross. The state and federal governments released initial disaster relief funds and plans were quickly set in place to accommodate the displaced residents and to clean up the town.

A lack of suitable housing prompted the call for disused caravans to be loaned or donated to the residents. These homes on wheels soon began to appear on scorched properties and in clusters around the towns.

One of the most notable fundraising efforts were the Sound Relief concerts held simultaneously at the MCG in Melbourne and the SCG in Sydney. 80,000 people attended the Melbourne concert alone, the largest paid concert in Australian history. All proceeds from both events went to aid the victims of the Black Saturday fires and also the devastating floods that had occurred at the same time in South East Queensland.

Acts included international performers in Australia on tour and many famous Australian artists. Coldplay, Taylor Swift, Midnight Oil, Kylie Minogue, Split Enz. John Farnham, Hunters & Collectors and many more were happy to step in at very short notice and donate their time. Princes William and Harry gave their first official speech to Australia via a satellite link up and they expressed their heartfelt concern and support for the fire and flood victims. The event and subsequent DVD sales raised over $8 million.

It is a testament to the resilient spirit of the locals that many came back to Marysville as soon as they could and began to look for ways to rebuild almost immediately. One of the buildings still intact was the Marysville Car Museum. Amazingly the vintage cars it contained were not damaged. All the shops including the supermarket had gone so arrangements were made for the supermarket to trade from the large museum building. This building has since been transformed and now houses many of the local shops.

Cleaning up the trout

An unusual consequence of the bushfire was the devastation it caused at the nearby trout farms. Thousands of fish had died from the heat and began rotting very quickly. Locals who were still cleaning up their own properties joined the volunteers who spent many hours trailing nets through the ponds and then burying the fish in deep pits.

The catchment areas of the Yarra River and surrounds form part of the infrastructure that supplies drinking water to Melbourne. Ash and rubble contaminated the many waterways in the region so many underground pipes were managed in a way that kept the contaminated water separate.

While the loss of human life and property was foremost in many people’s minds at the time the sheer scale of loss to wildlife and vegetation was almost beyond comprehension. According to the RSPCA, over 1 million animals were lost in the fires around the state. In the Marysville area thousands of cattle and other animals were lost including many much-loved pets. Kangaroos were injured as they burned their paws trying to cross their usual feeding grounds and koalas were severely dehydrated and burnt as they were stranded in trees.

The staff at nearby Healesville Sanctuary not only fought to save their own animals but they treated hundreds of injured animals brought to them over many weeks. The only known habitat of the endangered Leadbeater’s possum was just near Marysville. Locals and park rangers provided food for them over the winter months for several years but 3 years after the fire the last 3 possums from that area were taken to a permanent home at the sanctuary.

Many forests and reserves in the region were totally burnt down. Some contained trees that were hundreds of years old. However Mother Nature has a way of bouncing back quickly after disaster and by springtime the first signs of life were evident. The birds and other animals were returning and the trees had tiny leaves protruding. With no protective canopy, the undergrowth spread rapidly and reduced the likelihood of soil erosion. 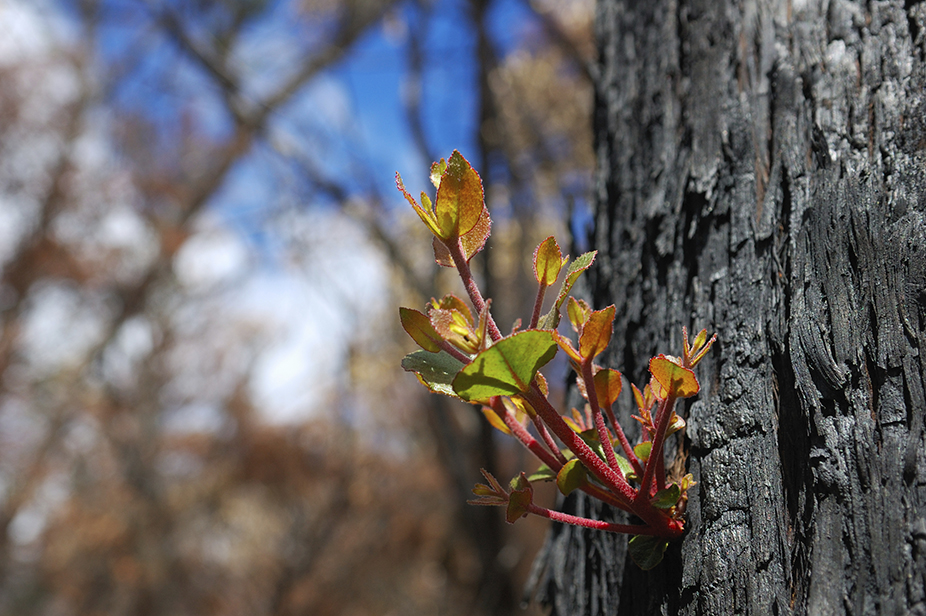 Park rangers and concerned locals quickly began programs to facilitate the regeneration and propagation of the Mountain Ashes and pine trees. Their work is particularly evident in the Lake Mountain Alpine Resort area and the new parkland in the centre of Marysville. Residents also started to recreate their own gardens quickly so now the whole town looks very fresh and green.

Thanks to donations, grants and government subsidies residents began to rebuild quickly. However to avoid similar catastrophes in the future many new fire management strategies were put in place. There has been considerable debate as to the best use of the funds and the best ways to re-develop the infrastructure and not all of these have been resolved to date.

New shops and homes have been built on the sites of the old so the very look and character of the Marysville is now quite different and modern. Locals often reflect on the 'before' and 'after' events as the fire has affected every part of their lives.

The causes of the initial fires, the fire-prevention strategies in place before Black Saturday and the subsequent handling of emergency relief have been the subject of a major Royal Commission. Among the many findings it was revealed that the source of the Kilmore East fire was the 2 kms of damaged power lines owned by power company AusNet. These lines were found to have been not properly maintained and that a simple $10 protective device on the power line had not been fitted. The resulting class action payout in 2014 was almost $500 million.

The Murrindindi fire that ravaged through Marysville had initially been thought to have been started by an arsonist. However a separate class action taken by the residents of the town all the way to the High Court found that the same power company, AusNet, along with maintenance contractor Utility Asset Management and the Victorian Government were jointly responsible for the fire as the evidence pointed to a break in a circuit conductor sparking the fire at Murrindindi Mill. This class action was settled for $300 million prior to the High Court decision that was handed down in May 2015.

While no amount of money can ever bring back lives lost or restore the environment instantly, the communities of Marysville and the surrounding towns have bonded together better than ever before. They now look to the future with new hope and they are welcoming visitors back with open arms.

As you travel through the region, stop and notice the all the work that has gone on. The locals now aim to build their tourist trade back to what it was before the fires and you can help by supporting their businesses and spreading the word that Marysville is open and waiting for them to visit too.

Special thanks to the thousands of fearless firefighters from CFA (Country Fire Authority), MFB (Metropolitan Fire Brigade), NSW, TAS, SA, WA, ACT, New Zealand & US who fought the fires tirelessly to save lives, animals and properties. 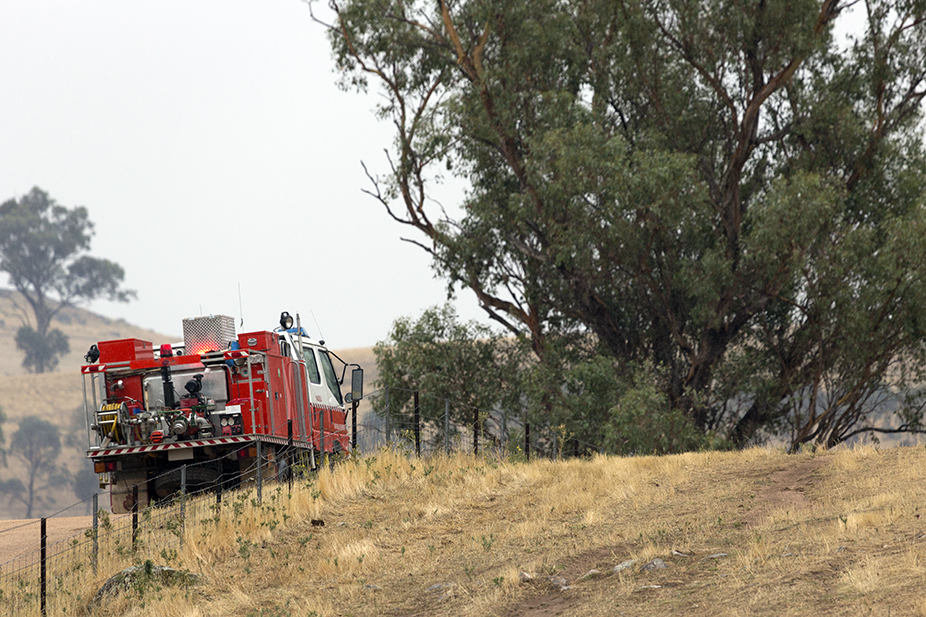